"This is the dawning of the Age of Aquarius."  One can almost hear the HAIR cast singing in the foreground.  We sing the song, tap our toes, and hum along.  Do we contemplate it's meaning?

"We're on the threshold of moving toward the Age of Aquarius," reveals Alison Price, Professional Astrologer at Starzology.  "Raising consciousness globally; broadening our spirituality in itself is very much a part of the Age of Aquarius.  This imperative starts every 2000 years.  Coming out of the Age of Pisces, this age is about humanity. What is valuable; what isn't?"

Religion, Alison reflects, is significant.  Defining this new cycle as a spiritual age, Alison notes changes in people's beliefs.  Which Gods should they honor?

"The Age of Pisces, in the Precession of the Equinoxes, is a period extending from about 200 B.C.  Christianity raised up with Islam and Buddhism.  Main religions followed.  Now, at the dawn of the Age of Aquarius, we find people seeking alternative solutions to believing in something greater."

"Going back further to the Age of Leo, 8,000 - 10,000 BC," Alison says, "We're at the end of the last Ice Age.  The fiery Leo melted the ice.  This was a period in history when man learnt to control fire.  This changed the way they lived.  They could cook the animals they killed, warm themselves, and hopefully survive through more winters."

"Looking forward from 8000 BC to 6000 BC, we have the Age of Cancer.  Cancer is the sign pertaining to home, family, protection and preservation.  This is the time when people of Earth prayed to a Mother Goddess.  They believed.  They realized how the moon worked through the cycles.  It's the first time settlements were created.  People started banding together; having a home.  Pottery was discovered.  They created bowls to carry water from the stream; milk from the cow."

"This is how we've progressed.  The Age of Aquarius hasn't appeared out of nowhere.  It may have come into our consciousness.  It's part of our history.  When you look back, you can see the reflection in the astrology of the 'time' as well.  The different ages are, give or take 2000 years apart."

"Three weeks ago the sun was moving through Pisces. If you're not a watery sign you're going to find that could hold you back a little bit.  Yesterday, the sun moved through Aries. Suddenly the vigor, action and drive are back. Let's get out there an do things!" 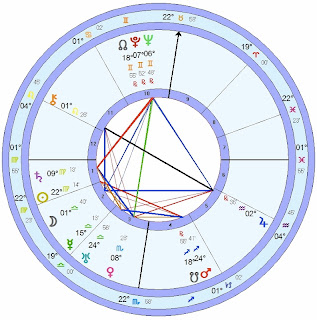 "Many people believe  the invention of electricity spawned the Age of Aquarius" notes Alison, surmising the modern human couldn't exist 300 years ago.  "Electricity changed how humans lived on the earth.  Suddenly, people with candles or gas lamps can light their homes, protect their families; cook their food.  Life gets better; health improves.  In our modern day we have computers, BlogTV, cell phones and all these electronics.  This was the first inkling, from how people lived before, there was a change coming."

"This is why the Age of Aquarius is so interesting.  It's new; it's how we're living.  We're living in skyscrapers.  We couldn't have accomplished that without electricity.  All modern inventions are a creation derived from the Age of Aquarius.  People are becoming more spiritual, with more acceptance of messages coming in from people who have crossed over.  In the previous 2000 years it was strong religion; strong faith.  You had to be part of that.  It was the belief of the world at the time."

"You need to know what you want in life," reflects Alison.  "If you focus on achieving your goals; 'I'm looking for satisfaction in these areas', not just randomly saying, 'I wish my life was better', then you can move forward.  Serendipity comes into play.  Things will come to you that meet your goals."

"Tolerance, in the Age of Aquarius, allows us to be more accepting of others," concludes Alison.  "We live in a culturally diverse society.  Ultimately there will be a Global understanding of people; a freedom; different beliefs.  We need to embrace what's coming.  We're living in the Age of Aquarius.  It will serve you well; each individual to be tolerant; be accepting; live peacefully. It's raising consciousness; making more people aware of the spiritual realm.  It's something that's gradual.  It's a shift in consciousness."

Click here to interview our interview with Alison Price.