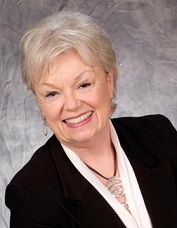 Handwriting Analysis, aka Graphology (coined by Jean Hyppolyte Michon in 1875) can be traced back as far as 2000 BC. A signature to the soul; each word, graphic movement, stroke, baseline and letter depicts something about the writer's personality.

"I love compatibility issues!  We are all unique," observes Mary Ann Matthews, a certified handwriting analyst since 1994.  "We have different modalities of who we are, who we think we are, and how we are perceived."  Self-awareness, Mary Ann tells us, is the number one reason a person wants their handwriting analyzed.  For personality conflicts, Graphology can give insight as to why you may not get along with certain individuals.

Twin Flame, a regular viewer and friend of the Ask Your Angels Talk Show, sent his/her signature for Mary Ann to examin. 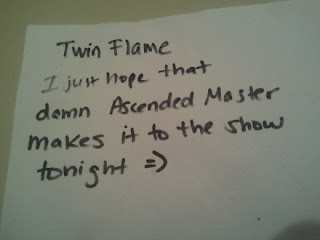 "I want to call your attention to that short "T".  It's not very tall at all.  I'm not talking about the T bar, I'm talking about the height of the T.  This is a person who is very independent.  This is a particularily interesting trait because the person who has this independent spirit, doesn't like to be part of the team.  Not liking anyone breathing down their neck, you'll often hear them say, 'Don't micromanage me!' or 'Just leave me alone; get out of my kitchen; I'll do it myself!'  That's the independent person.  What is really quite remarkable, is it has such good importance if you're hiring somebody.  Let's say it's 'team this'; 'team that'; 'team everything'.  That's the culture of the corporation.  Here we have an independent person; if they're leading the team that's okay.  Being a player all the time may not be their favorite thing to do.  As that T was short and some were taller, this person can be part of the team at times, but is mainly an independent thinker."

"This person is very thoughtful in terms of thinking style.  This is an interesting point of view; a compatibility issue I enjoy.  Some people are very methodical thinkers.  They take in information, a piece at a time, always going for accuracy.  They're not the first person to come to a conclusion, but when they do, they have all the facts and are accurate.  Here's a perception, they'll say, 'Leave it with me.  I need to think about this for a moment.'  People will say, 'Come on, make up your mind.'  Yet they're going for accuracy.  They're the ones who, when asked the time, will tell you how to build the watch.  It's a great, great partnership, but they'll drive each other crazy.  One needs to speed things up; one processes very quickly.  The other is going to be very thorough." 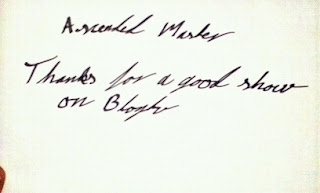 "I would be very surprised if either of these two samples (seen above) are the actual size of the handwriting," notes Mary Ann . "I think it's been done much larger than normal as one doesn't write at this height.  We acquire information from the size of the handwriting and the pressure.  How hard do you push on your pen?  We all do it differently; it's where you start, stop, the size, the shape.  Some people will write very small.  When I talk about size, I'm talking about the height of middle letters.  Not the height of the "T" that I talked about earlier, or if the "g" or "y" goes down.  It's the height of the middle letters.  Some have a zone; a very large middle zone; others have a smaller one."

"People with a very large middle zone are often times accused of having eyes in the back of their head.  They take in everything going on around them.  Those that are very small have a good ability to focus.  Sometimes they can't see the forest for the trees.  You can see where there could be a compatibility issue, if for example you had somebody with large writing sitting across the table from somebody with very small writing.  The person with large writing; taking everything in, was probably asked as a child, 'Can't you pay attention for two seconds?  Your eyes are darting everywhere!'  So they learn this laser-like eye contact.  They're constantly looking all over, being distracted.  The person who writes very small thinks, 'You're disrespecting me.  You're not even looking at me when I talk to you.'  They're from two different worlds."

"None of us write dead straight in that middle zone," surmises Mary Ann, going back to the signature at hand.  "This has a lot of 'up' and 'down'; different sizes and shapes of the middle zone.  It has a forward right-hand slant.  People often say, 'You must be right-handed because that's a right slant; you must be left-handed; that's a left-hand slant.'  This is not so.  The slant signifies how we respond emotionally to external stimuli.  This person is going to react quite strongly, very emotional, quite spontaneous, perhaps impulsive at times.  I'm not talking so much about the external.  Sometimes they keep a real poker face, but inside they're reacting, and it's reflected in their writing." 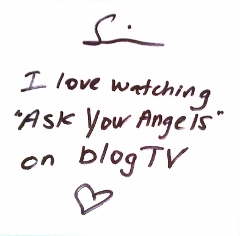 "Shira, you're putting some control on yourself.  There's a behavioural trait that you want to change, eliminate or improve upon.  I have no idea what it is nor where it is in the personality.  Some people might say, 'Shira, you don't have to do anything about that.'  I'm talking about how we make New Year's Resolutions; 'I'm going to lose weight, quit smoking, be on time, control my temper;' something like that.  I don't know that it's consuming her because I don't have enough graphic movement.  She's certainly putting some control on herself; in other words, pressure.  Some people may think it's just fine, but she's determined, 'I'm going to do something about this,' whatever this is."

Purusing many handwriting styles throughout the evening, it's evident Mary Ann Matthews knows her stuff!  This self-affirming experience, felt by many of our participating viewers, rates one of our most favourite shows to date!  With amazing insight and accuracy, Mary Ann will continue to captivate all who seek a new understanding of themselves, and those they hold dear.

Mary Ann will return, to delight and enthral; as she once again proves, "your scrawl tells all!"

Click here to view our interview with Mary Ann Matthews.  (Video is presently unavailable.)
Posted by Christine Frances at 7:04 PM